Amazon Studios just announced on Twitter that Michael McElhatton will be playing Tam al’Thor. This confirms previous speculation that McElhatton was present at the table read of the first two episodes. 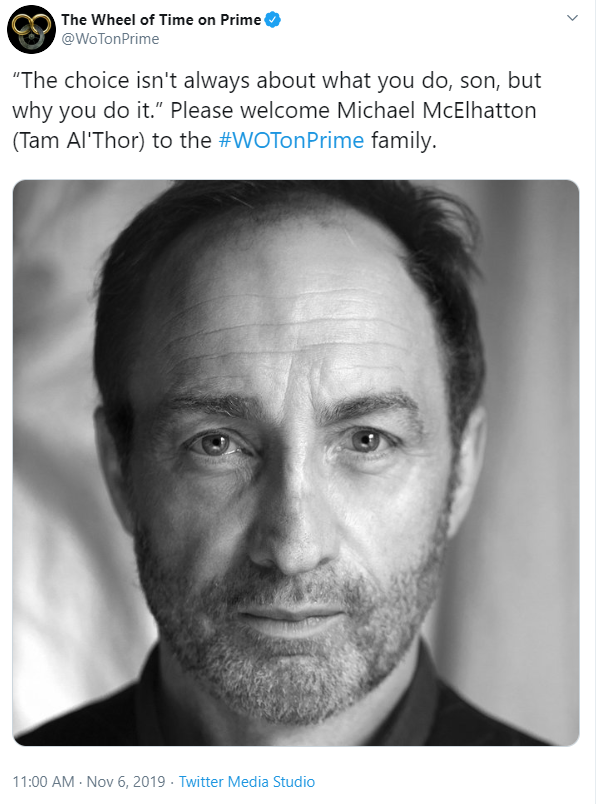 McElhatton’s last prominent role was that of Roose Bolton, father to bastard psycho son Ramsay Snow/Bolton, in Game of Thrones. This time he gets to be one of the good guys!