Skip to content
Home/Wayne Yip, Director for “Hunters” and “Dr Who” Involved with Show

Wayne Yip, Director for “Hunters” and “Dr Who” Involved with Show

Wayne Yip, Director, Producer and Writer is involved with the Wheel of Time show, according to his agency CV. Wayne has 21 directorial credits including Hunters, Treadstone and Dr Who.

His CV does not mention what his role with the show will be, but based on his IMDB credits, he will most likely direct a number of episodes. The CV lists his Wheel of Time experience under an “In Development” section, associating the show with “Sony Pictures TV/Amazon Studios” along with a date of 2019.

Below is a capture of Wayne’s page on his agency’s website, United Agents: 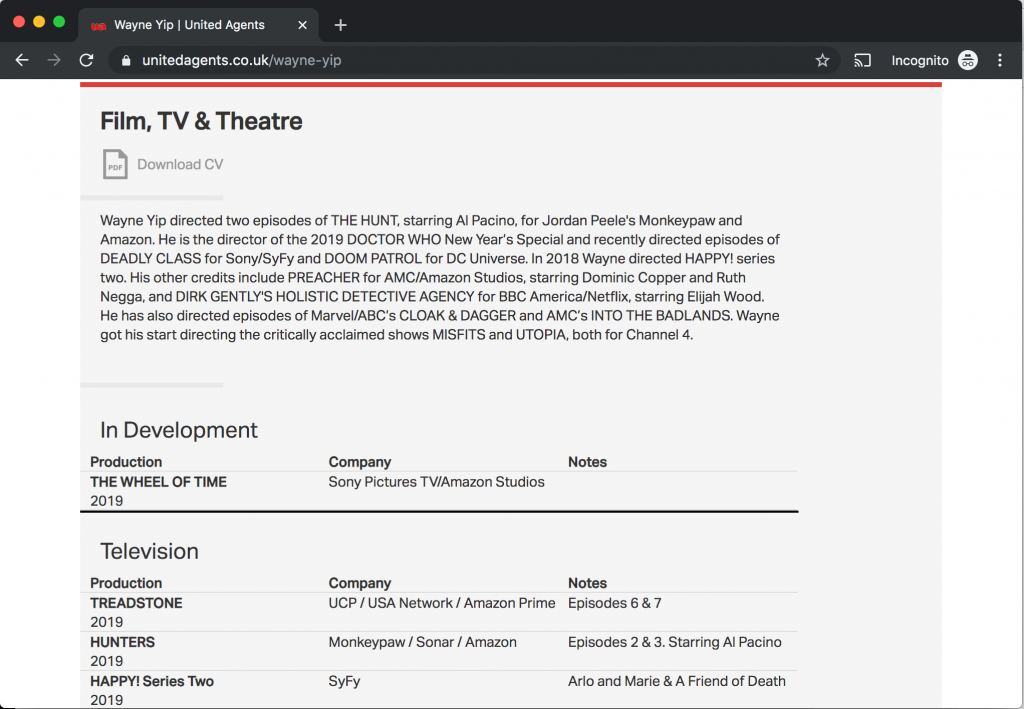