Skip to content
Home/What it Takes to Film a Scene

What it Takes to Film a Scene

We came across a map describing the use of a set location for The Wheel of Time television series project. According to this information, a single day of shooting was preceded by two weeks of preparation and followed by two days of clean-up.

This particular scene was filmed on November 4th of 2019. Prep took place between October 21st and November 3rd. With the clean-up taking place on November 5th and 6th.

The image below shows parking for crew and tech trucks, where the horses will be housed as well as the loading area and finally the set itself, marked by the compass rose towards the bottom of the graphic. 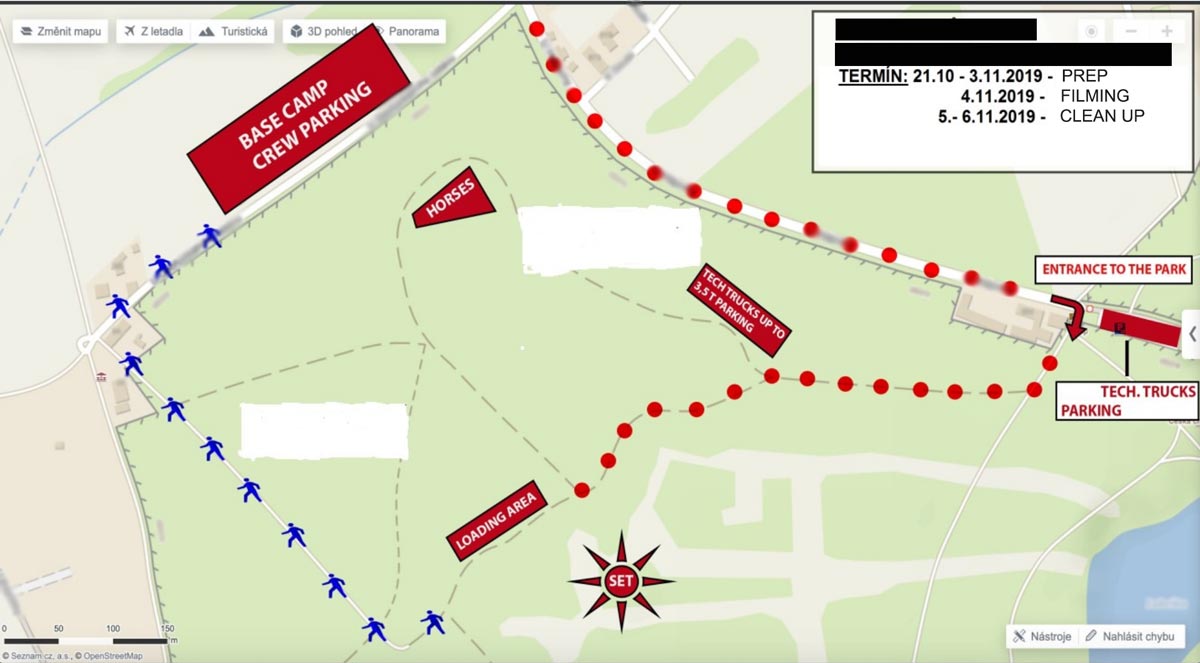 We will not reveal the exact location as that adds no value to the main point here: there is a lot of effort that goes into the making of a show such as this. Daniel Henney spoke about how amazing the production and sets were in his Instagram Q&A. Here it is if you missed it:

Lastly, we’ve redacted and blurred identifying features of the map as to not reveal the filming location. The location is in Czechia.