We’re excited to announce three new unconfirmed cast members to The Wheel of Time show on Amazon Prime: Sandra Yi Sencindiver, Thomas Chaanhing, and Amer Chadha-Patel! Though their roles are still unknown, we can tell you that Sandra and Thomas have been in Prague since the end of August, quarantining in time for the September 7th production restart date. Amer arrived in Prague in late September. They all recently wrapped up shooting.

Sandra Yi Sencindiver is an American-Danish-Korean actress. She is fluent in English and Danish and was trained at the Danish National School of Performing Arts. She was first spotted in Prague in early March, 2020, around the time we know the Block 4 table read occurred. During the production of Block 4, she was spotted participating in filming for a few weeks, including in night shoots around the time filming was taking place in Ledčice.

She stated in an interview with Ladies First blog published on September 22, 2020 that she was currently working on a “major international Amazon TV series.” 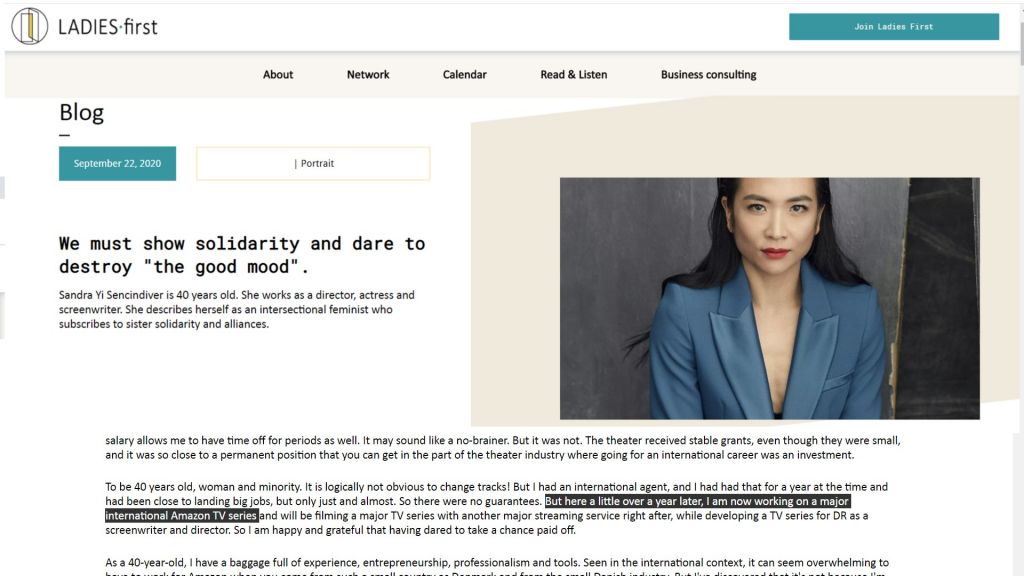 Sandra is currently represented by Thrive Talent. You can check out Sandra’s 2020 showreel to get a glimpse of her in action!

Thomas Chaanhing is a Danish-born actor currently living in Sweden who is fluent in Danish, Swedish, English, and Cantonese. He has experience with horse-riding and martial arts, and has been seen practicing both of those skills in Prague. Prior to filming, he shared on Instagram that he had spent some time practicing riding with Archie, who is one of the horses playing Bela. 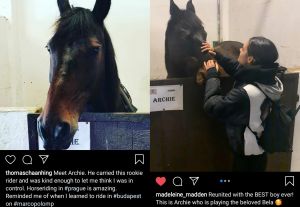 Thomas is represented by the agency Jonathan Arun Group (JAG). You can currently watch Thomas in Marco Polo (Season 2, Episodes 2, 3, and 6) on Netflix and in White Dragon on Amazon Prime.

Amer is a British actor and musician who can currently be seen in HBO’s The Third Day. In an interview with MEA WorldWide, conducted just ahead of The Third Day‘s September 14, 2020 premier date, when asked what he had planned next, Amer stated that he was “off to Prague next week to start shooting on an Amazon TV series.” He was previously in Prague at the beginning of March for a costume fitting around the time the Block 4 table read was held. 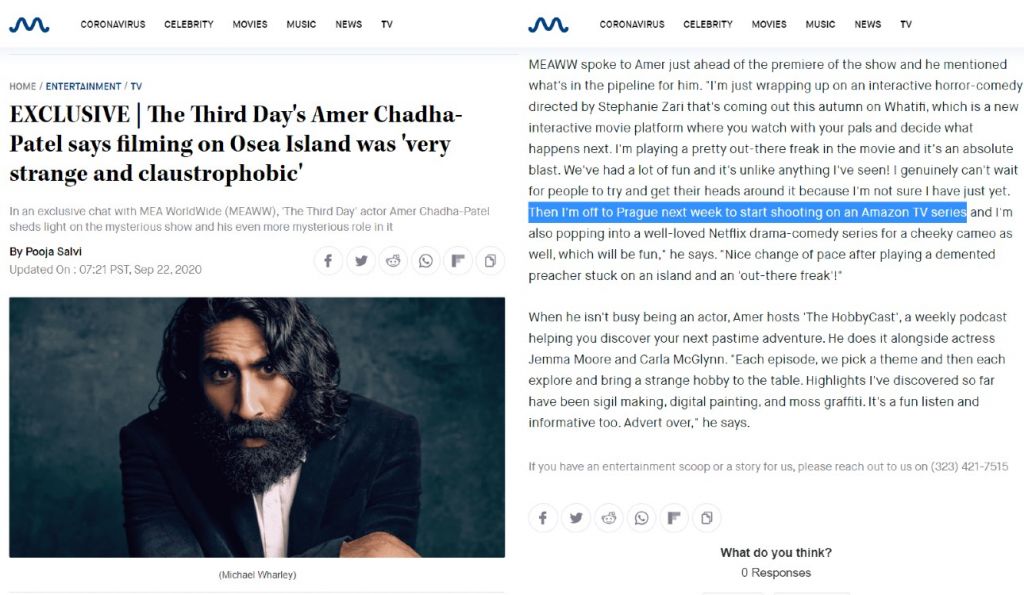 Amer is represented by Insight Management & Production. In addition to HBO’s The Third Day, you can currently watch Amer in Doom: Annihilation on Netflix and in Aladdin (2019) on Disney+.

For a breakdown of who we know is involved in episodes 7 and 8, check out my new video covering Block 4 prior to the shutdown. Who do you think they could be portraying?