Earlier in the month a local photographer took photos of the Wheel of Time cast and crew while on set in Jaromer, Czech Republic. We have previously reported on filming at the Josefov Fortress in Jaromer between September 30th and October 3rd. These photos appear to be from that time. The photographer published ten photos on their public Facebook page, showing the set with the cast and crew actively engaged in preparing for and filming a scene.

What the Photos Show

The filming took place in what is called “Bastion IX” in the Josefov Fortress. The set has the look of a practice yard surrounded by 30-foot red brick walls. Clearly visible are three 30-foot archery lanes with three round straw targets at the far end of each. At the end of two of the lanes stand Trolloc dummy targets. Braziers and spear bolt racks are placed near the archer’s end of each lane. At least four banners with what seems to be a black hawk in flight adorn the walls. The filming took place at night. 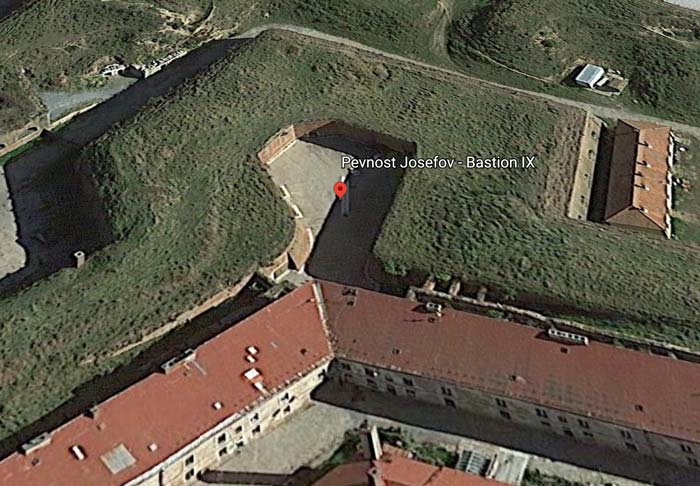 In two photos, Josha Stradowski who plays Rand al’Thor is shown holding a bow. In another photo, Josha and Madeleine Madden (Egwene) appear to be speaking to a person we assume to be director Ciaran Donnelly. Egwene still has her braid, a deviation from the story.

At least nineteen crew members are visible in and around the set, all wearing masks, consistent with the COVID-19 guidelines established by the Czech Film Commission.

What the Photos Tell Us

We are almost certainly spending time in Fal Dara in the last two episodes. The banners that are in the photos, the weaponry, the Trolloc dummy targets as well as the setting itself support this being Fal Dara Keep.

Based on information pieced together through leaked audition tapes and production activities, it has been speculated that Nynaeve and Egwene might go straight to the White Tower and skip Fal Dara. Egwene being in one of these photos refutes that speculation. We can also discern that Rand and Egwene have a one-on-one conversation in this practice yard scene.

Our website reached out to the photographer, Tomáš Vojtíšek, who explained that the photos were taken from a “publicly accessible place”. . Update: the facebook and photos have were balefired from existence on October 27th, 2020. It is presumed that the show production has acted to have the photos taken down.

Edit: this is one of the photos. Posted with permission from photographer. 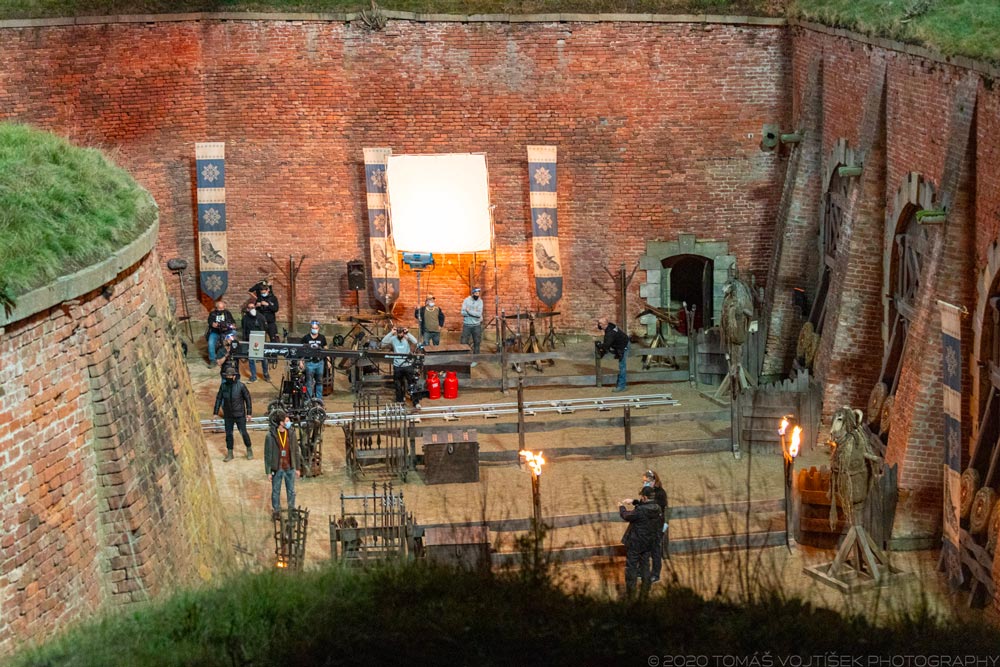 Our website made the decision not to publish or show all photos described in this article. These photos are posted publicly, however, and can be found with a simple search. That makes this a Wheel of Time news story, and our mission here at wotseries.com is to cover news about The Wheel of Time series.