During Block 1 of filming in October/November, 2019, The Wheel of Time filmed for several days at Dolský Mlýn, ruins of an old mill in the Czech Republic. Later, we learned that the wolfdogs filmed for one day at the mill. Many fans speculated this could be a scene where Perrin and Egwene camp together after the party’s split at Shadar Logoth. A recent Facebook find provides more evidence in support of this theory. There will be minor set spoilers in the photos, so proceed at your own risk.

On November 1, 2019, a passerby took photos of the filming area, which was not currently in use. The full album can be found on Facebook here. The photos show various camera and lighting equipment, as well as props and set pieces. There is a small firepit, a pile of pine branches (presumably for a bed), and a pile of gear including blankets and two rolled up leather bundles that may be horse equipment or bedrolls. One of the photos also shows something sticking out of the pile of gear, possibly the handle of a weapon, or a sheath or quiver. Frankly, it has us a bit stumped, so if anyone can positively identify it, please let us know! 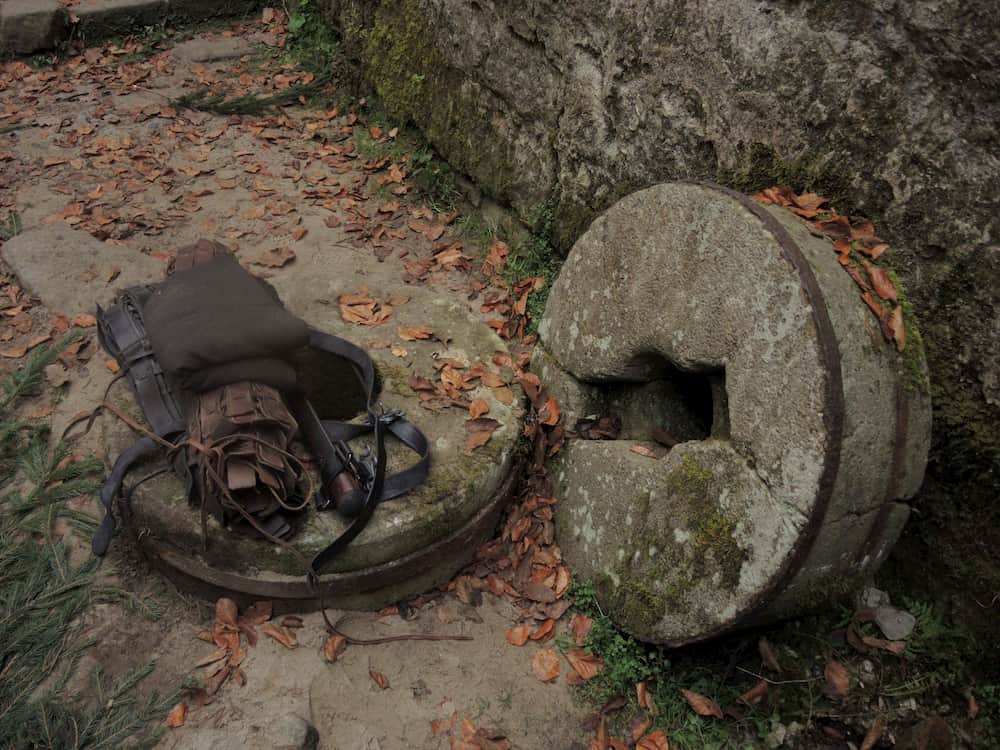 Based on these photos and the presence of the wolfdogs on set, it seems even more likely that these are scenes involving Perrin and Egwene on the run after Shadar Logoth, which we expect to see in Episode 2, “Shadow’s Waiting.” Could this be when Perrin has his first encounter with the wolves? Guess we’ll have to watch and find out…