The Wheel of Time revealed that the first two episodes, Leavetaking and Shadow’s Waiting, will premiere on November 15, 2021 at exclusive fan screenings. Currently, the only confirmed locations are in the United States; screenings will also occur in Europe and Latin America, but specific locations have yet to be announced.

Be one of the first to watch #TheWheelOfTime at our exclusive fan screening events in a US theater near you! Click here to reserve your ticket: https://t.co/8JZSMDnGIU pic.twitter.com/Oiyh0XNG7h

Tickets are free. It’s unclear how many are available for each event, but according to the Gofobo website, tickets have been overbooked to ensure a full venue.  Admission is still first come, first served, so ticketholders will want to arrive early to secure a spot.

Omar will attend the Chicago, IL screening and I (Sara) will be in Seattle, WA. Will we meet any of you there? Let us know in the comments or on social media! And don’t forget to stay tuned for the upcoming announcements of these events outside the United States.

Several content creators including The Dusty Wheel, Dragonmount, Nae’blis, Kritter XD, and Daniel Greene, have announced they will be attending the world premiere–red carpet and all–in London on November 15. Time and location details are still to be announced. The event appears to be invite only, but make sure to tune in on social media to follow all the latest!

Today the official social media accounts also released new posters for the “Magnificent 7,” plus the first poster of Logain. 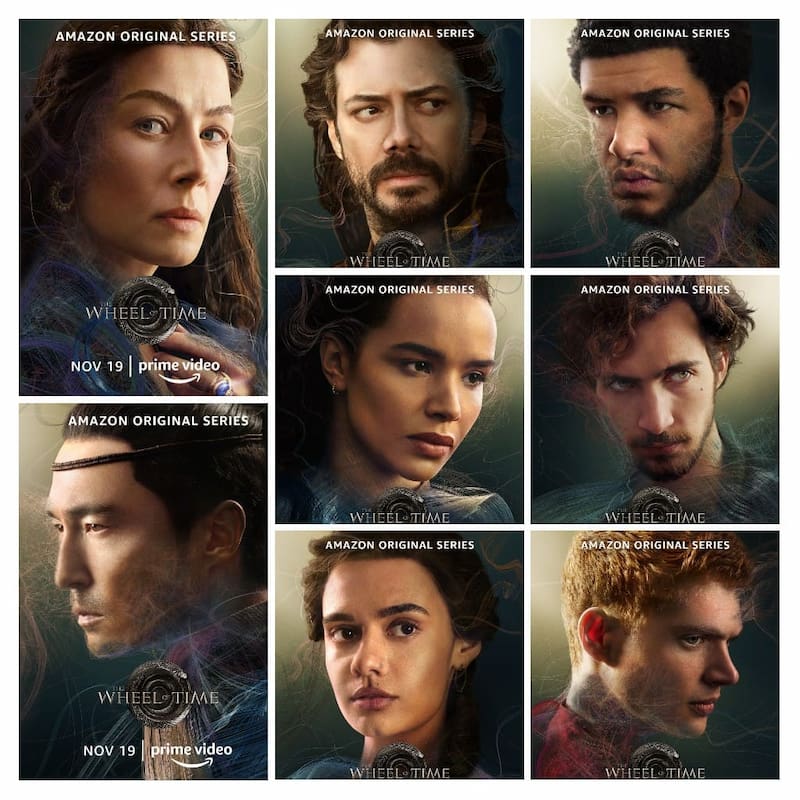 The past several weeks have brought an absolute avalanche of official content, which is quite a contrast to the previous two years of scouring the internet for any tiny scrap of news. While we don’t know what time the episodes will become available on November 19, our current best guess is at midnight GMT, which is 7PM Eastern / 4PM Pacific on November 18. (Check this site to convert midnight GMT to your local time zone.) Assuming a midnight GMT release, we’re officially at under two weeks to go until fans worldwide can all enjoy the first three episodes of The Wheel of Time.