Amazon’s The Wheel of Time will be released on Prime Video later this week. Here is my spoiler-free review of the first three episodes.

I have been dreaming about a live action adaptation of Robert Jordan’s The Wheel of Time ever since I finished the book series back in 2015. Then in 2016, we learned from Jordan’s widow and editor, Harriet McDougal, that a show was in development. Fast forward a couple years later, and the show went into production in September 2019. This is when I really started following the show’s development, which eventually led me to meeting my colleagues here at WoTseries.com. Production had a longer-than-expected journey to finish filming due to the Covid-19 pandemic, but we finally made it here and it still doesn’t quite feel real.

Because of my longterm investment, this review is no easy task. Our task in reviewing these episodes was to critique the work from the viewpoint of a fan, but do so as objectively as possible. This was a difficult undertaking, but the best way to tackle it was to examine the work against two things showrunner Rafe Judkins has said repeatedly: first, his job is to “protect the spine and the heart of what the books are,” and second, that he is adapting “the entire series, not just each book individually.” We felt the show delivered on both accounts, and Rafe and team have delivered the beginnings of a great adaptation in these first three episodes. I can honestly say I really loved this first trio of episodes. Watching them gave me the same feeling you get with a re-read of the book series, a practice many a fellow Wheel of Time fan can relate to, while also presenting new things that fit well into the story and the world. You can really tell the amount of thought, care, and love for the source material that went into making this show. 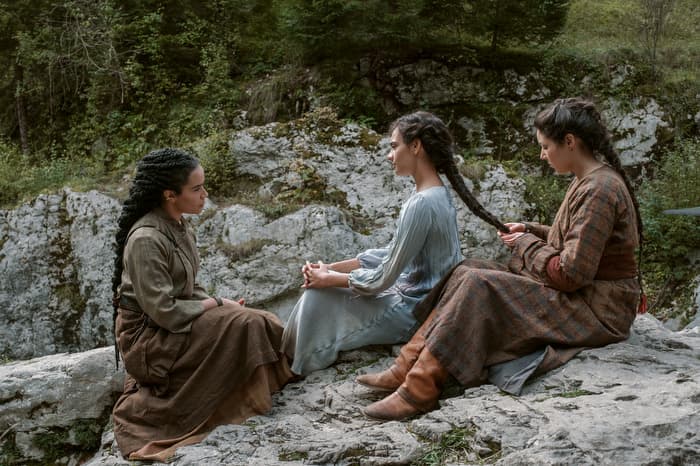 The performance of the actors was probably the biggest highlight of the show for me. As I watched them on the screen, they truly became the book characters that I grew to love so much. Helped by an accelerated build-up of the main characters, Zoë Robins as Nynaeve al’Meara and Marcus Rutherford as Perrin Aybara were true standouts in my view. Zoë brought out the characteristics much loved by fans: the motherly protectiveness and the unwavering loyalty for those she feels responsible for (which seems to be pretty much everyone in the Two Rivers). Marcus did an amazing job of portraying Perrin’s inner turmoil through his facial expressions and body language. Even when he wasn’t the focus of a scene, you could tell he was in the background being thoughtful and mulling over the situation.

Then there were, in my opinion, actors who somehow became better versions of the characters I love. Alexandre Willaume’s Thom Merillin was such a one. His voice truly sang in my ears, as the Ogier would say.

As for Rosamund Pike and Daniel Henney playing Moiraine and Lan, I have plenty of praise for their embodiment of the characters, but especially the bond between the two. It came through better than I thought it ever could. 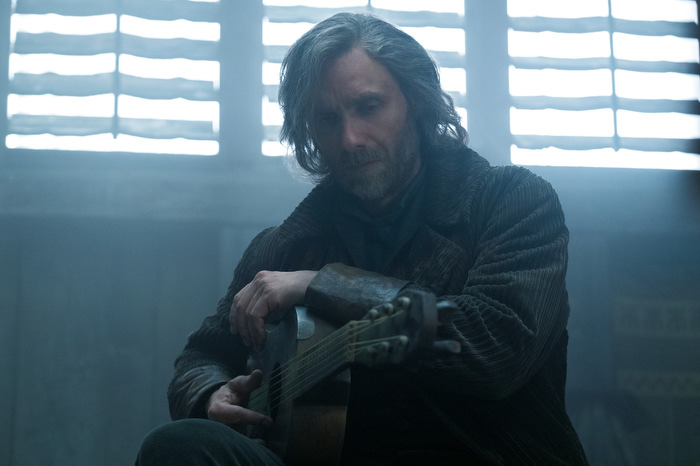 The writing and dialogue are good. There was nothing in the first three episodes that felt awkward, or made me roll my eyes. There was very little dialogue that was lifted directly from the books. There were some changes to the timeline, plot events, and backstories, but I feel most of the changes made sense in the world of the show. There is one particular change I did not like, but I do understand its purpose, and it made sense, even if I wish they had done something different.

The first episode feels like it moved at a hectic pace, but that is likely due to how much they are introducing to the audience in this first episode. The next two are much more evenly paced and allow for some more breathing time to let moments sink in.

Based on our own reporting on show budget, I had an informed preconception about the show delivering a high production value, and the final product did not disappoint. Everything was of very high quality, with many vast and elaborate sets they built for the show. The Two Rivers is almost exactly the quiet mountain village I imagined. In episode two, we are introduced to a huge set that is very impressive and I believe will be a favorite location among fans. The SFX and VFX were outstanding especially for an unproven IP on its first season. I really like the depictions of channeling used in the show. It felt like it was a weave of energy flowing into and out of the channeler. There is no tiptoeing around the magic system here; it is on full display.

The costumes are very utilitarian, going for function over fashion in most cases, but I believe that fits exactly what they were going for in this world. They wanted us to believe these people are truly working or on the road in these clothes.

Now let us discuss some of the “bad guys” in this show. Just like the show embraced magic, it did not shy away from putting the monsters on full display. We are introduced to Fades and Trollocs in the very first episode, and the show leaned heavily into the horror aspects of these creatures. The Trollocs are absolutely terrifying when we finally get to see them in action, and it works so well. They are a great example of practical and CGI effects working in tandem to deliver a real and believable look. The Fade we see is very much a lurking, mysterious, and creepy creature that definitely would strike fear into the viewer, including the expectant fan. On the “Lighter” side of things, we meet the Children of the Light in these first episodes, and these aren’t your grandfather’s Whitecloaks. The show has made them much more dangerous, brutal, and effective than their book counterparts. You immediately understand how they present a danger to the Aes Sedai, an excellent example of how “showing” in a visual adaptation can deliver a message more succinctly and powerfully than “telling.” 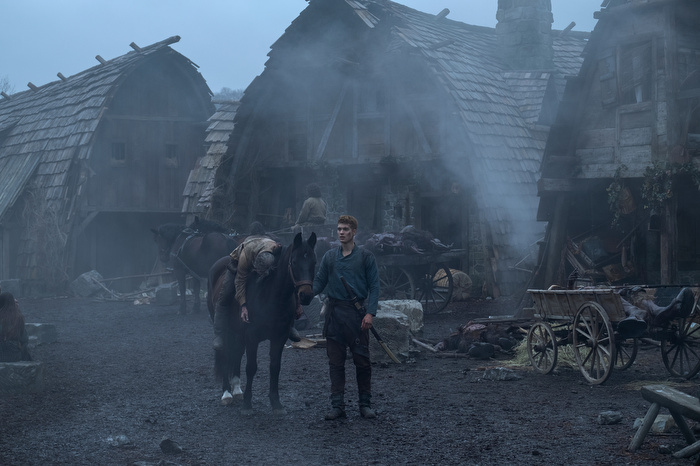 The score for the show was one of my favorite aspects. Lorne Balfe use of themes, most of which we were introduced to in The First Turn album, was incredibly effective. I think Amazon’s plan of releasing an album early allowed me to pick out themes during the show, and associate them with the characters and places. There was one particular part of the score I didn’t care for, but it’s not a major issue, nor does it ruin anything for me.

For me, the second and third episodes were stronger than the first, and I’m glad Amazon elected the hybrid release schedule as I don’t believe a weekly release from the start would have grabbed the audience like all three of these together can. Television writer James Alexander explains that establishing the status quo in a pilot episode is so important. The first episode did a good job of introducing us to this world and characters, setting up the status quo, and then breaking it by the episode’s end. The second episode was my personal favorite as it advances the plot while fleshing out the world and characters. The third puts all our characters in different situations and lets them truly shine; I really enjoyed the character interactions and seeing them tackle new challenges. Overall, I really loved these three episodes and can’t wait to keep digging into the rest of the season. And overall, three episodes in, the spine of the story and its adaptation as a full series are on the right path.

Be on the lookout for our full spoiler, deep-dive review of episodes 1-3, which will be out later this week!