Skip to content
Home/Filming at Chateau Karlova Koruna & Other Updates

Filming on season 2 of The Wheel of Time has been progressing quietly but steadily, and with the end of filming in sight, we have a few updates regarding season two and possibly beyond. 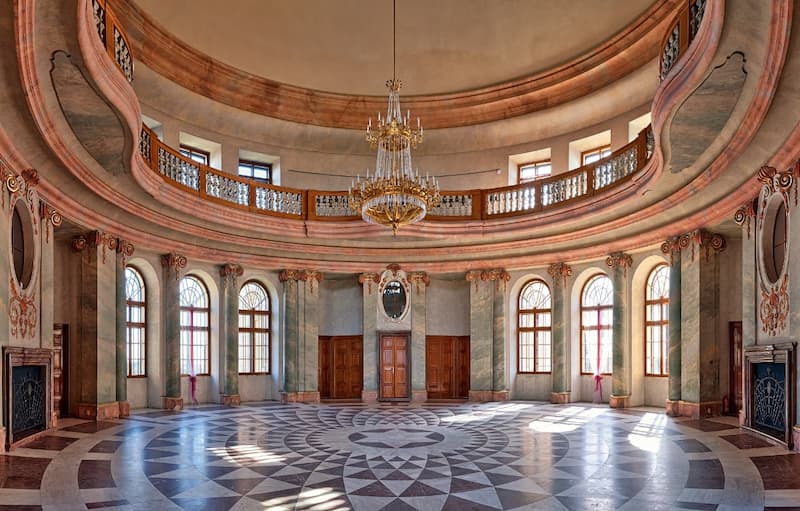 First up, we have a scoop that filming took place recently at Chateau Karlova Koruna (“Charles’ Crown”), a baroque chateau in the town of Chlumec nad Cidlinou. While the full extent of the filming is unknown, we can report that the marble hall of the Chateau was utilized and that an important marble seat that appeared in season one was spotted on set.

One Month Left of Filming

We previously reported that season two filming may have been scheduled to conclude in March of 2022. This appears to have been confirmed, as over the weekend, director and executive producer Sanaa Hamri shared in an Instagram story that she has “one more month in Prague.” Hamri will be directing half the season — likely episodes 3, 4, 7, & 8 — and recent social media posts from her hint that she has been working on filming the final episodes of season two.

In a recent Deadline article about television show Criminal Minds, Daniel Henney was reported to be unable to return to the crime show as he was busy with The Wheel of Time which was said to have “been picked up for two more seasons” at the time of the article’s publication. Some fans have been excited to read of a possible hint of a season three confirmation. However, the article has since been updated to say that The Wheel of Time has “been picked up for another season,” so while we’re all anxious to hear about the future of the series, it appears we will need to wait a little longer for an official confirmation of season three.

Since our last cast update article, actor and artist Stewart Kenneth Moore revealed in an interview with Press and Journal that he filmed a role for season two, episode 5 of The Wheel of Time. He did not reveal the name of his character, but the role involved “riding a black horse through a Czech forest in the cold midnight air,” and was noted by Moore to be a “fairly memorable scene.” Scotland-born Moore currently resides in the Czech Republic and recently released a graphic novel titled Project MK-Ultra: Sex, Drugs, and the CIA (Volume 1).

Also in our last article, we reported that Sophie Okonedo would be returning in her role of Siuan Sanche for season two. Well, it appears that another season one actor is also likely to be returning for season two: Álvaro Morte as Logain Ablar. He was spotted in Prague by fans in late January 2022.

The following actors have also been officially announced to  be joining the cast in season 2: Dónal Finn as Mat Cauthon, Ceara Coveney as Elayne Trakand, Natasha O’Keeffe in an unknown role, Meera Syal in an unknown role, Arnas Fedaravičius as Masema Dagar, and Gregg Chillingirian as Ingtar Shinowa.

Finally, while this isn’t news, there’s been a pervasive rumor about Ploskovice Chateau possibly being the Royal Palace of Andor due to a company called Silverscreen Tours listing this location in their Wheel of Time tour. We reported about Ploskovice being used as a filming location back in November 2019, while principal photography for season one was taking place. At the time, we speculated that the location might have been intended for the Royal Palace in Caemlyn. The tour page also lists Dolský mlýn as “Perrin and Egwene’s camp,” despite it being used by the whole group before Shadar Logoth, and the Upper Water Gate in Terezín has no other description even though we know it was used for Fal Dara. These factors seem to indicate this information is based off very old season one speculation.

Thanks to behind-the-scenes videos and concept art available on Amazon X-Ray, we know that Ploskovice was used for Logain scenes that did not make it to the final cut of the show. While it’s possible that Ploskovice will be reused and repurposed for another location in future seasons, we currently have no evidence of this taking place.

What if… Phil Snowden's character (the infamous "Steve") was part of the Logain scene we know was filmed at Ploskovice Palace but never made it into the show? (See attached pictures for reference) #TwitterOfTime pic.twitter.com/AkOn8KeFMr

We do know that actor Ceara Coveney has been cast as the daughter-heir of Andor, Elayne Trakand, but we will have to wait until the season is released to see if we get a glimpse of Elayne’s home country.

With season two reaching the end of filming, we hope to see some more official announcements soon.