It’s been more than a month since our last report about filming in Morocco. According to an Instagram post this past weekend by director and executive producer Sanaa Hamri, they are approaching the “last push of filming.” While much of what they’ve been filming in Morocco remains a secret, we do have some updates that may help with fan speculation as well as some speculation of our own on who may be involved.

As previously reported, filming in Morocco was scheduled to take place over a span of two months, which leaves around a month left to go. It appears to be a truly massive undertaking, involving at least two of the three season two directors (Maja Vrvilo and Sanaa Hamri), a drone unit, costume team, hair and makeup, prosthetic and special effects makeup, a dialect coach, stunts, and 260 cases of camera equipment from Prague. Extras and horse riders local to Morocco have also been participating in filming, and according to SNRT news, almost 1000 people will be involved every day.

Thanks to a translation from Shadow_SSJ & coordination from Liadan, we've got more info from a Mar 10 news clip!

Work started on #TheWheelOfTime 2 mo ago. They were at 10 days of filming. Almost 1000 people will be participating every day! #TwitterOfTimehttps://t.co/ilOzvu0fU7

According to a tip from “Purple Ajah,” the Moroccan borders were closed from November 2021 until February 2022. We don’t know if this affected the originally planned filming schedule for The Wheel of Time, but this information, combined with Vrvilo and Hamri both being there, makes it difficult to estimate which episodes are filming as these two directors’ episodes alone span three quarters of the season.

News site Le360 previously reported that filming in Morocco would take place at CLA Studios in Ouarzazate, as well as other outdoor locations before moving on to Marrakech and Dakhla. The full details of filming are still unknown, but we have been able to identify two specific filming locations in Ouarzazate: Fint Oasis and the Jerusalem set in CLA Studios. It appears that at least some of the filming at both locations involved night shoots.

Fint Oasis is an oasis located about 12 km south of Ouarzazate. It’s an area of lush green hidden between two hills. Filming at this location took place over multiple days. Extras and horses were spotted on set, as well as what appears to be some sort of seat or throne atop a dais.

The Jerusalem set at CLA Studios was created for the movie Kingdom of Heaven. Located a few kilometers away from CLA Studios and built over an area of 5 hectares, the set is impressive, with 5 courtyards and 30 hectares of open land surrounding it, ideal for battle scenes. Our friend Jon at WoT Up! reported that banners were seen decorating the set. These banners appear to have a white tree over a light blue background. This is similar to the banners for Tarabon and the former nation of Almoth, both of which feature a tree. Additionally, Jon reports that Seanchan characters were spotted on set. Given these two pieces of information, it appears that the Jerusalem set is being used for the city of Falme, which is located on the Almoth Plain.

Finally, Barrage El Mansour Eddahbi is a large lake East of Ouarzazate. Back in early January 2022, director Sanaa Hamri scouted a location that looked very similar to this spot. Filming at the lake took place very recently, though details are unknown.

It’s currently unknown what parts of Marrakech and Dakhla will be used for filming, but scouting in both areas has already been completed. We will report more as we learn more details.

Cast On Location and Speculation

The cast for The Wheel of Time have been very quiet on social media recently, however, we can confirm that Josha Stradowski (Rand al’Thor) has been in Morocco filming. Karima McAdams — whom we speculated to be part of the cast back in December — was in Morocco since early March and recently shared that she wrapped a project in the area.

Given that scenes in Falme were filmed, we can guess that the following actors may have also taken part in filming in Ouarzazate at some point, though we don’t have confirmation at this time: Madeleine Madden (Egwene al’Vere), Zoë Robins (Nynaeve al’Meara), Ceara Coveney (Elayne Trakand), Kae Alexander (Min Farshaw), Marcus Rutherford (Perrin Aybara), Dónal Finn (Mat Cauthon), Gregg Chilingirian (Ingtar Shinowa), Arnas Fedaravicius (Masema Dagar), Hammed Animashaun (Loial), and Johann Myers (Padan Fain). All these characters find themselves in Falme for a significant part of the second book, The Great Hunt. However, as adaptations may make major changes from their source material, the path these characters end up taking in the television show may go in a different direction.

While we’re speculating about which cast might be on location in Morocco, we have some more speculation about four actors that might be joining The Wheel of Time cast for season two: Ragga Ragnars, Ayoola Smart, Jay Duffy, and Xelia Mendes-Jones. 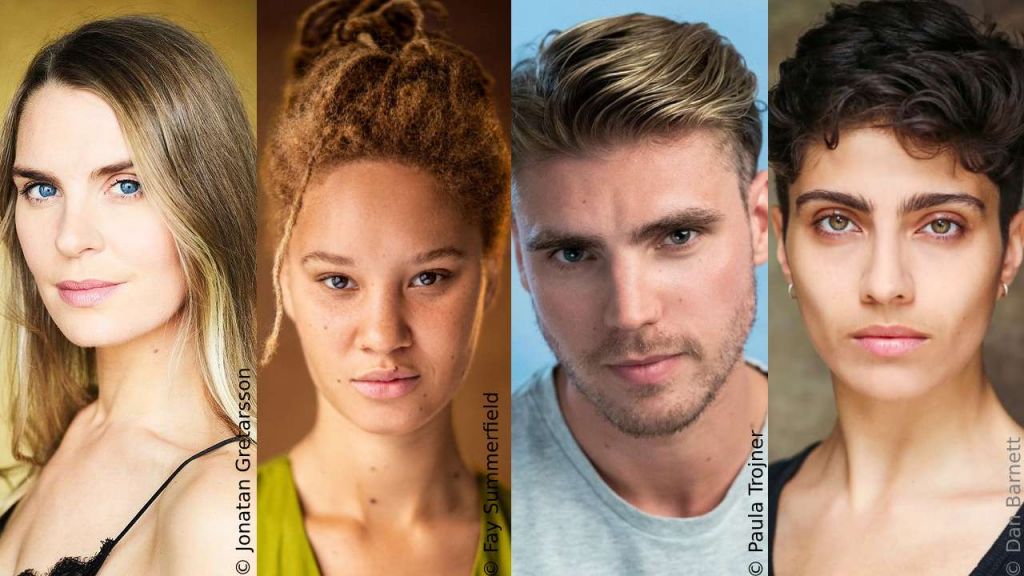 Ragga Ragnars (real name Ragnheiður Ragnarsdóttir) is an actor, singer, and a 2 time Olympic swimmer for her home country of Iceland. The 6’2″ (188 cm) actress is probably best known for her role of Gunnhild on the show Vikings, but she also recently starred in the Norwegian film Disconnected and also starred in a short film that she wrote. Her next project was said to be a “very big project.”

Ayoola Smart is an Irish actor who has appeared as a series regular on Killing Eve and Smother. She recently wrapped production on feature film Cocaine Bear in October of 2021, and since then has been filming a series regular role, according to her CV.

We believe that both Ragnars and Smart may have been spotted in Ouarzazate, where the rest of The Wheel of Time cast is currently filming. Given that there are a number of productions being filmed in the area, it’s possible the two actors are involved in one of the other projects. We reached out to both actors’ agencies for comment but did not receive a response.

Jay Duffy is an Irish actor who has worked on Hollyoaks, Vikings, and Derry Girls. He is the son of Irish singer and actor Keith Duffy, who recently revealed in an interview that Jay is poised to make it big in Hollywood after landing a dream role on the “biggest streaming show in the world.” While it’s possible this is referring to a different show, The Wheel of Time season 1 debuted at the top of the Nielsen Rankings and was indeed the #1 Streaming Show in the World from November 19-27, 2021.

Xelia Mendes-Jones is a model and actor who is relatively new to his acting career. A former Cambridge student and an alumni of the Identity School of Acting, Mendes-Jones finished filming the movie Havoc for Netflix in 2021, and is currently working on an unspecified Prime Video series. Mendes-Jones was spotted in Prague earlier in 2022 with other members of The Wheel of Time cast.

We want to emphasize again that this is speculation on our part and that Duffy and Mendes-Jones may not actually be involved with The Wheel of Time. We reached out to their agencies for comment but did not receive a response.

While we can’t say at the moment if our speculation is correct, we can say that all of these actors are very talented and that we would be excited to see them in any role for The Wheel of Time, big or small. The second season seems likely to be even bigger than the first, and we can’t wait to hear more official news. In the meantime, what plotlines do you think will be covered in season two? What do you hope to see on the screen? What roles might these actors be playing? Let us know in the comments!