Thanks to a tip from WotSeries reader, Gardinia, the mystery actor from the season 2 wrap video released on May 18, 2022 has been identified as Rima Te Wiata.

Te Wiata is a London-born New Zealand singer, writer, comedian, and actor with stage, film, and television experience. Daughter to opera singer Inia Te Wiata and actor/singer Beryl Te Wiata, Te Wiata was exposed to performing early in life. She made her screen debut in 1986 and has since built a successful career including singing, voice acting, and acting in both television, film, and on the stage. Most recently, she won Best Actress award at the NZ TV Awards for her role in The Tender Trap.

We reached out to her agency for comment and received no reply. Until there is official acknowledgement from the production, this is still unconfirmed. 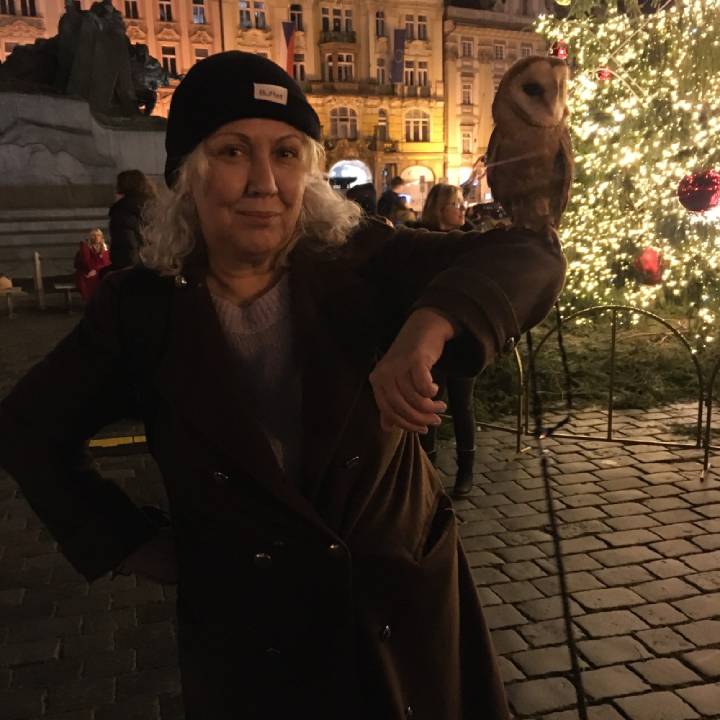 Interestingly, on her social media, Te Wiata shared a picture of herself in Prague in December 2021 alongside an owl named Falzo. While the owl may not have anything to do with The Wheel of Time, one character who famously owns a pet owl is Verin Mathwin, a character whose casting has not yet been announced.

Up until this point, fans have been speculating that Verin might be played by the previously announced Meera Syal, however we suspect some fans might be changing their guesses with this latest information. Who do you think Rima Te Wiata might be playing? Let us know in the comments below!