It’s an exciting day for WoT fans! Thanks to Redanian Intelligence, we have two intriguing pieces of news to report.

Redanian Intelligence discovered three audition tapes for “Leona,” likely the casting code name for Liandrin Guirale. While Kate Fleetwood will play her in the WoT on Prime show, other actresses who auditioned for the role recently posted their self-tapes online. (Update: Rob from Weekly Wheel News found a fourth tape.)

The tapes include five short scenes. It’s important to keep two things in mind. First, these may be audition-only scripts, and the scenes will not appear in the show. Second, most identifying WoT terms such as “Dragon Reborn” and “White Tower” have been replaced with code words.

Warning: book and show spoilers below.

[Update: The videos are no longer available.]

Leona: Myara Sheera.
Myara: Leona.
Leona: If you’ve come to help us, you’re too late.
Myara: Help with what?
Leona: Oh, you didn’t hear? We captured the Naga Reborn.

Notes: “Myara Sheera” is likely Moiraine (Sedai), as “Myara” has also been referenced in other character audition videos. This is a very short scene, clearly referencing the Aes Sedai’s capture of the False Dragon, Logain Ablar.

Aes Sedai: Only Leona, Alaine, and I are strong enough to hold him, but even then we have to work in pairs.
Leona: You were due to relieve me an hour ago.
Myara: Does the madness have him yet?
Leona: Does he look sane to you?
Aes Sedai: He was sane enough to raise an army and take over half of Celtran before we stopped him.
Myara: How did you capture him?
Aes Sedai: A plan after your own heart, Myara. We bought off his guards and ambushed him in the night.
Myara: What makes you think he’s any different than the false Nagas who preceded him?
Aes Sedai: The prophecies are thousands of years old, muddy and broken, translated by a hundred hands that each have their own intentions. But we know one thing to be true. The Naga will be the most powerful channeler in an age. We’re four of the strongest sisters in the temple and this man with no training outstrips any of us alone. I don’t even know if the queen herself could match him.
Leona: If there’s the slightest chance he is the Naga, we should gentle him here and now, slit his throat just to be sure.
Aes Sedai: Did you choose the red sect just so blood wouldn’t show on your robes?
Aes Sedai: Enough! You will take him to the temple as the queen commanded and he will stand trial as all women and men deserve.
Aes Sedai: Get some rest. You’ve done more shifts than any of us.
Aes Sedai: You used your strength to heal me. Let me share the burden.
Leona: Alaine’s company was bad enough.

Notes: This scene is trickier to parse. We can assume it occurs sometime after Logain’s capture, on the way to Tar Valon. At least four people are in the scene (“We’re four of the strongest sisters”), two unknown Aes Sedai plus Liandrin and Moiraine. Based on the script phrasing, the actress’ mannerisms, and the pauses in off-screen dialogue, there are multiple other speakers besides Liandrin, but we often can’t tell who’s who.

[Update: Priyanka Bose, who is cast as Alanna, has the name “Alaine” on her CV. We think it’s safe to assume Alanna’s the one being referenced. We’ve replaced mention of “Elaine” with “Alaine”] “Elaine” is almost certainly not Elayne Trakand, but could be a code name for Elaida. It’s equally possible it begins with an A, e.g. “Alaine”, which could be a code name for Alanna. Either of them could conceivably be present at this scene, although given Elaida’s advisory duties in Caemlyn, and the implied animosity between Liandrin and Elaine (“Elaine’s company was bad enough”), Alanna seems more likely.

Leona: I like your braid. Nadie, isn’t it? Sorry if I’m mispronouncing it. I couldn’t quite place the accent.
Nadie: I’m imagining you came over here because you want something. You witches always do. Though I think I’ll ask the questions first. Depending on how well you answer, maybe I’ll give you what you want. How long have you known Myara?

Notes: Another nice short scene. From previous audition tapes, we know “Nadie” is Nynaeve. It’s unclear when or where this scene takes place.

Leona: It fits, really. The Blue sect are nothing more than little spies who exaggerate their own importance. Surely you’ve heard of the sects. Even in the smallest villages—
Person 1: The silly games you play in your temple have got nothing to do with us.
Leona: The witches are split into seven sects, each with a separate purpose. Yellows are healers, Browns are the keepers of knowledge, Whites focus on philosophy, Grays diplomacy, and Greens fancy themselves the battle sect, though they haven’t really fought since the Dretch Wars.
Person 1: And the Red?
Leona: We protect the world from people who would misuse the one power. Even other witches.
Person 2: Leona Salaam, mind if I join you?
Leona: I was just leaving. The Red tent is open to all women. Feel free to join us for dinner if you tire of cold chicken.

Notes: Liandrin is likely talking with Nynaeve or Egwene, explaining the organization of the White Tower. The “Dretch Wars” may refer to the Trolloc Wars. They’re interrupted by a third person, probably another Aes Sedai. Once again, it’s unclear when or where this scene occurs.

Leona: You know we’re still 200 miles from the temple, maybe more. Are you sure you want to do this night and day until we’re there?
Aes Sedai: I rarely do things because I want to. There are boats waiting for us at Asgard.
Leona: You know what the trial will decide. It’s obvious. He’s a man. He can channel. We will gentle him. Here or there, the result is the same.
Aes Sedai: The stone temple and the women within it have stood for three thousand years. Not because we did what was expedient but felt appropriate at the time given the circumstances. We stand today because our sisters have always done what was right.
Leona: Well, I don’t want do my shifts with Myara.
Aes Sedai: On that at least we agree.
Leona: Perhaps the last days are coming after all.

Notes: Liandrin talks with another Aes Sedai on the way to bring Logain to Tar Valon for trial. There is another reference to Moiraine, so she is seemingly still with the party.

That’s a lot to chew on!

Redanian Intelligence also uncovered that Michael D’Cruze will play the role of Zahir. 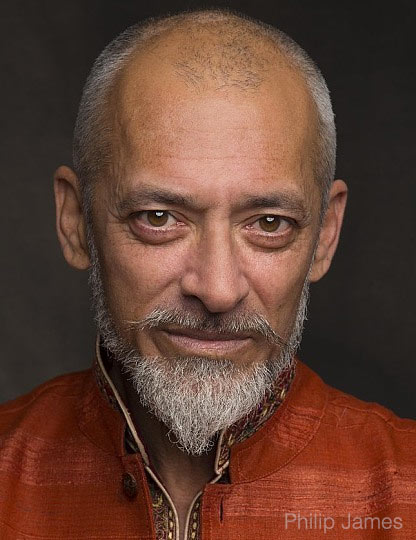 As there’s no character by that name in the books, we’re left again to speculate whether this is a code name or a new/renamed character for the show. Per Michael’s resume, he is “currently waiting to film”, which puts him in block 4 of season 1, or in season 2.