Recently, a local news site posted an article about the Church of St. Wenceslas in Výsluní. As a quick refresher for those who may not be aware: back in ye olden days of November, 2019, we learned that The Wheel of Time filmed for one day at this church during Block 1. According to the mayor, the filmmakers prepped for a month and modified the interior of the church for filming. They crafted new doors, shaded and/or barred the stained glass windows, and built a new wall in front of the altar. The style was described as “exotic, as if it were in India.” Narg of TheDailyTrolloc was quick to uncover a tourist’s photo of the modified inside of the church, and provided the below before and after comparison. In the right-hand photo, you can see the new wall referenced by the mayor. 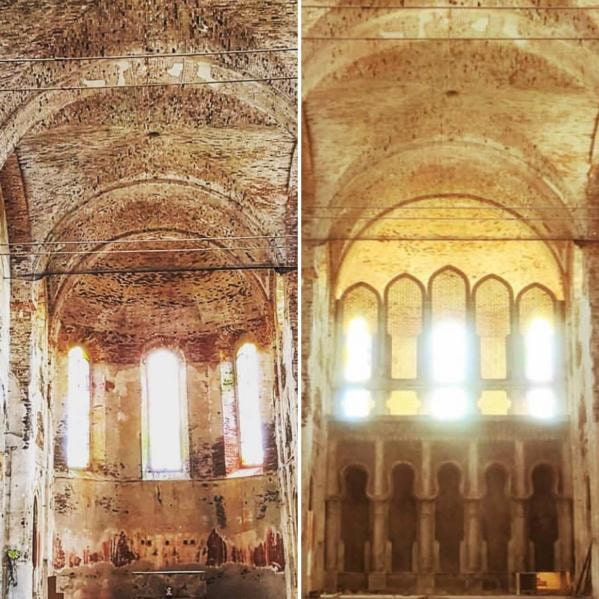 The recent article discusses some of the productions that have filmed at the church, including The Wheel of Time, historical drama series The Borgias, and a Rammstein music video. The photo gallery contains numerous shots of the inside of the church, and closeups of props left behind by The Wheel of Time crew. 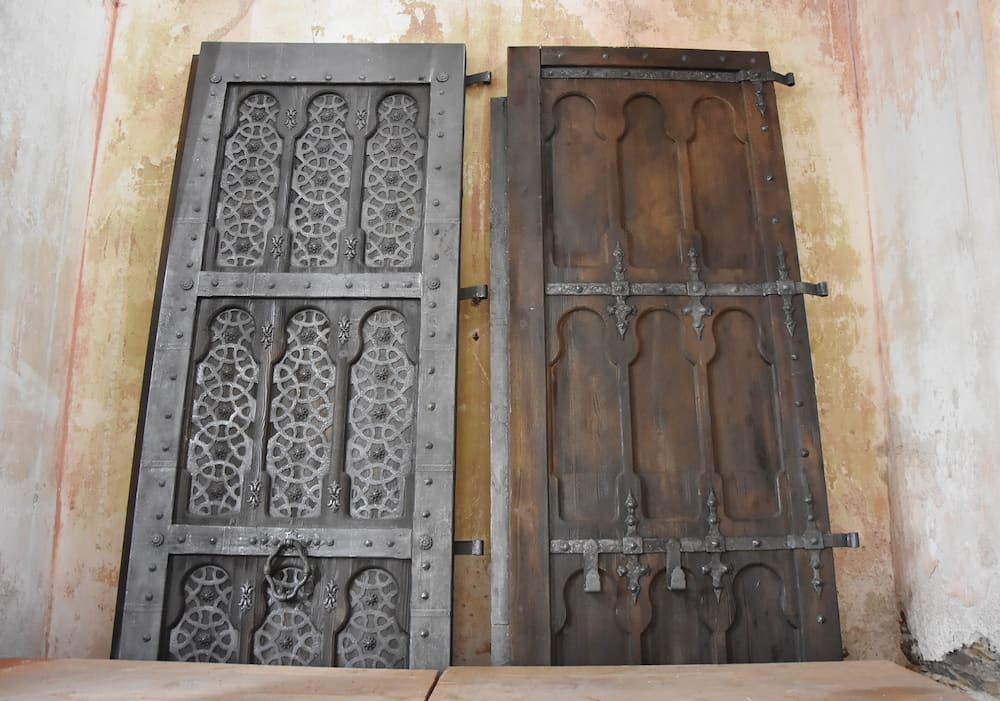 Here we can see the new set of doors crafted by the production. They appear to be metal on one side and wood on the other.  The metal side of the doors includes a distinctive circular motif (one might even say a wheel…), and the cut-out shapes match the alcoves in the added wall. Apparently, the town considered using these as the permanent doors for the church, but since they were only props–not solid wood–they decided against it. 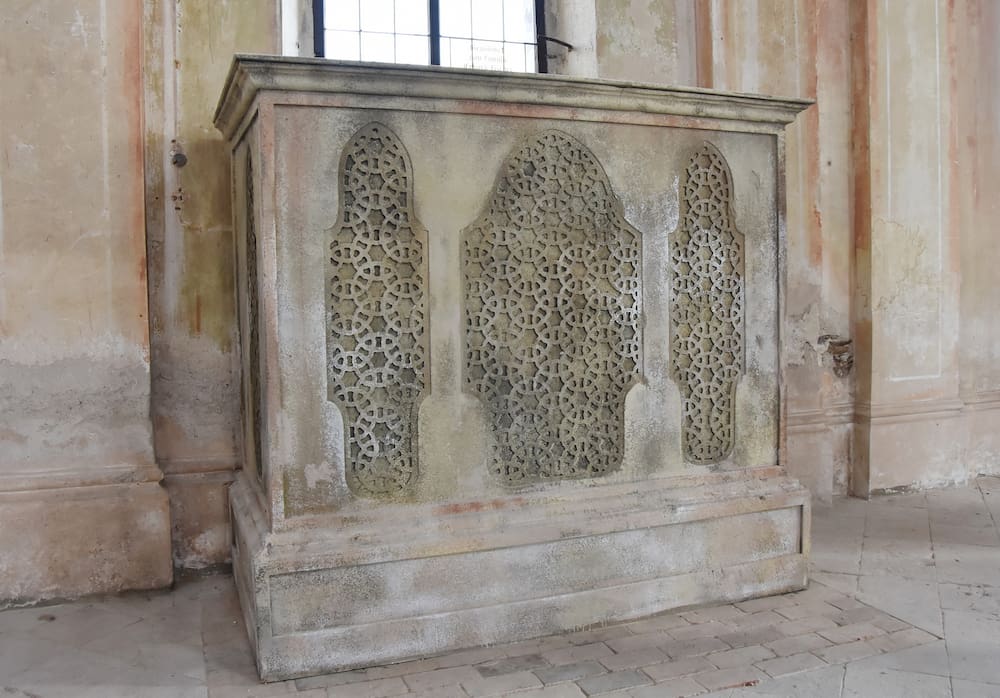 These appear to be the “decorative walls” mentioned in the article; there are at least two of them visible in the photographs. Again, we see the wheel motif carved into the stone, and similar shapes as the doors and the altar wall.

We’ve speculated this location was used for Shadar Logoth–the abandoned feel of the church certainly fits the vibe of a ruined city, and the architecture style looks similar to the dagger teaser released by WoTonPrime. Since they only filmed here one day and additional Shadar Logoth material would have been filmed elsewhere (likely a soundstage), it’s possible the Mat/dagger scene was not filmed in this church. Whatever the case, we can’t wait to see how it all comes together in the show.