On the heels of the exciting Season 2 news from yesterday, we have another crew member to announce. Earlier this year, costume designer Sharon Gilham (IMDB) added “The Wheel of Time Season 2” to her online CV, and stated she began the job in January, 2021.  Gilham’s recent credits include Finding Alice (2021), The Stranger (2020), and Jamestown (2019). She designed for the Black Mirror episode “White Christmas” in 2014, often referred to as “the Jon Hamm episode.” She has also done extensive work for television commercials, and theatre productions such as Les Miserables.

We reached out for confirmation, but the production and Gilham’s agency declined to comment. The reference to Wheel of Time has since been removed from her CV, but recent social media posts indicate she is in Prague. It’s unclear if she is replacing Isis Mussenden as the show’s main costume designer, or if they brought on a second designer to tackle the monumental job of creating costumes for such a complex world. 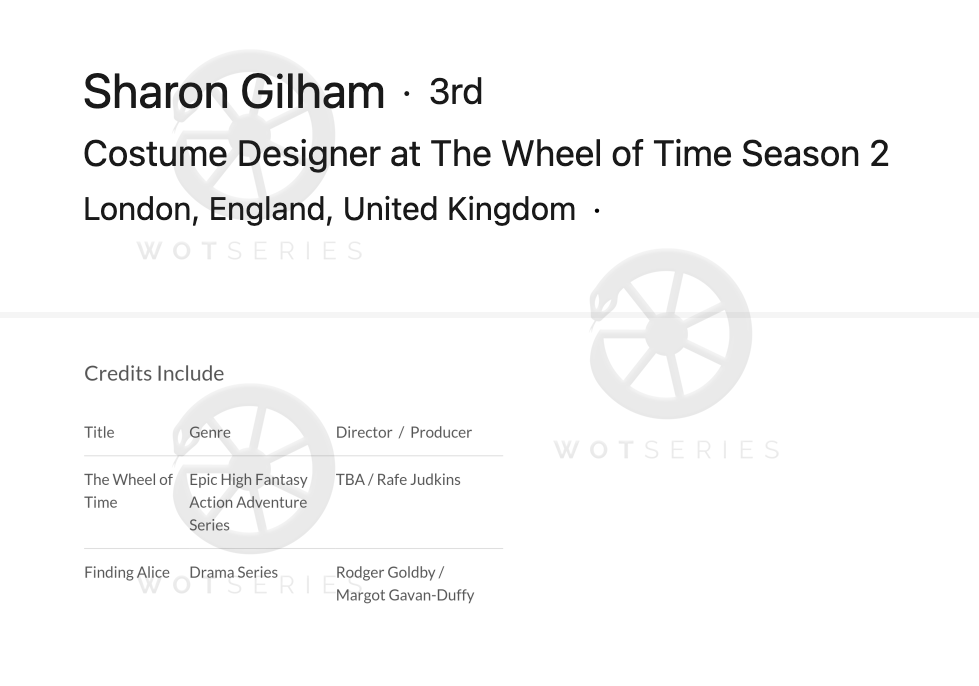 Gilham recently did an interview with Riverhorse Barn, a community theatre in the UK. The video description contains an interesting tidbit: “She is currently in early prep for a large-scale fantasy series shooting in Prague and Morocco.”

In a March interview with PremiumReporter, The Wheel of Time’s production designer Ondřej Nekvasil discussed his work on the show. He used Morocco as an example of having to drop everything and visit a new location. It may be a coincidence, but it seems oddly specific, especially considering the mention by Sharon Gilham. 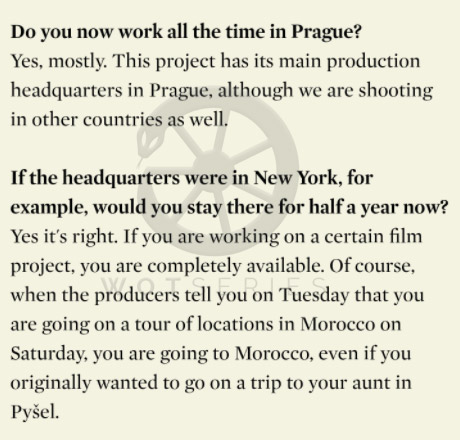 Morocco is a popular location for filmmakers and its roster of productions is extensive, including Game of Thrones, Homeland, and Jack Ryan. When it comes to Morocco’s potential role in The Wheel of Time, the Aiel Waste certainly comes to mind, as multiple Aiel characters could be introduced there prior to their journey west. Falme and Tear are other contenders, both likely to appear in Season 2.

What do you think the production might film in Morocco for Season 2? Leave us a comment below!