In a tweet that’s since been deleted, the Wheel of Time’s official Twitter account revealed the name of the first episode of season 2. The episode’s title is “A Taste of Solitude” and is written by Amanda Kate Shuman, who also wrote episode 2 of season 1, “Shadow’s Waiting”. Although the title of the episode is also a chapter title from the sixth book in the series, Lord of Chaos, it is doubtful that the episode tackles the events of that particular chapter this early in the TV show. 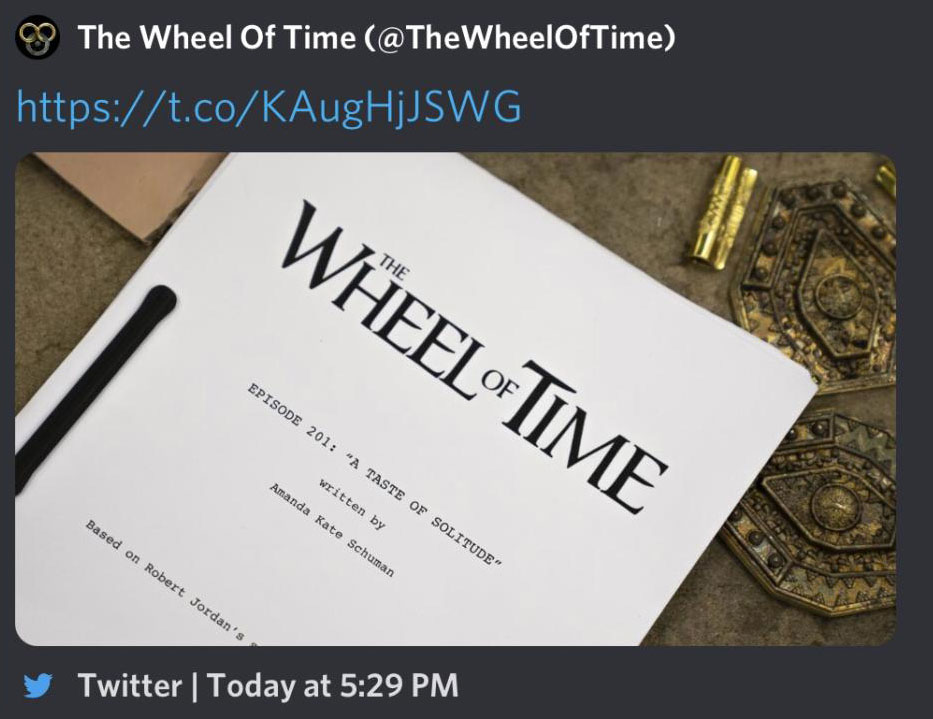 For some background, the last #WotWednesday post from the Wot Twitter account came on April 28th. A few things have happened since then: the handler of the Twitter account, aptly dubbed “He Who Tweets with the Dawn” by the fandom, departed Amazon and was replaced by a new handler who’s claimed “Tweeter of Chaos” for a title. We’ve also reported that season 1 has finally wrapped. That made today a good day for the Tweeter of Chaos to run their first #WotWednesday with an announcement about a wrap party or maybe a Nynaeve teaser.

The usual time on Wednesday came and went with no tweets from the official account. Then a few hours later, a number of fans managed to grab screenshots of the tweet before it was balefired. It is not known whether the tweet was posted in error and hence taken down, or if the new handler is trying to live up to their name, bringing chaos to the Wednesday festivities by dropping a tweet at an unexpected time then removing it, with the knowledge that the fans will find it and spread it. In either case, it was a welcome and pleasant surprise.