After longtime hints of possible filming in Morocco, we’ve finally learned some additional details about when and where it will take place. On Wednesday, February 23, we spotted social media posts from crew members indicating they were headed to Ouarzazate, Morocco in order to start work on The Wheel of Time season two. Director Maja Vrvilo also recently shared a picture of Argan tree goats that are a well-known sight in parts of Morocco. Vrvilo is likely directing episodes 5 and 6 of season two, so this gives us some hints as to which episodes might have these Morocco-shot scenes.

Local news site Le360 reports that The Wheel of Time will film in Ouarzazate during the “first week of March”. Some crew have been on site since mid-February, but according to Le360, 180 people will arrive on March 2. March 2 is a Wednesday, so we suspect the first week of filming the article is referring to is the first full week, March 7-11. The production will film within CLA Studios as well as outdoor locations. Construction of sets has been well underway. After filming in Ouarzazate, the production will continue on to film in Marrakech and Dakhla.

Known as one of the gateways to the Sahara, Ouarzazate is a city that’s proved as popular with tourists as it has with filmmakers. Numerous productions have filmed in Ouarzazate including Gladiator, The Mummy, and Game of Thrones. The area is home to various incredible locations such as the fortress Kasbah Taourirt, UNESCO World Heritage Site Aït Ben Haddou, and of course the Sahara Desert. 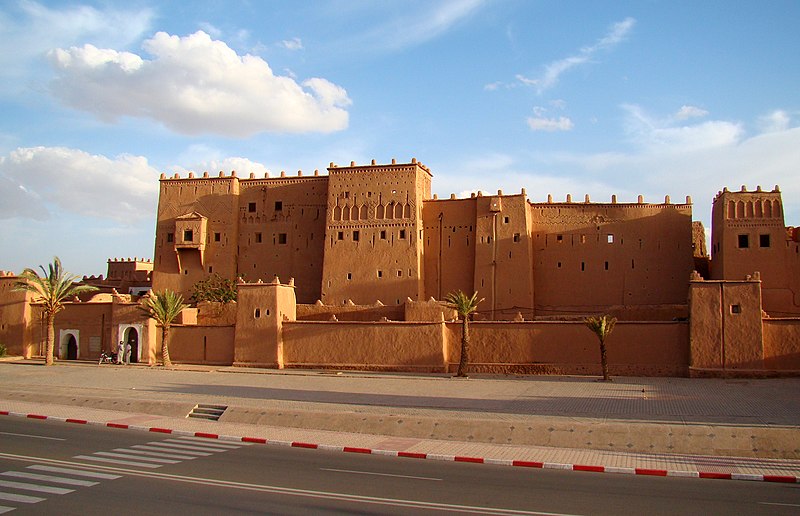 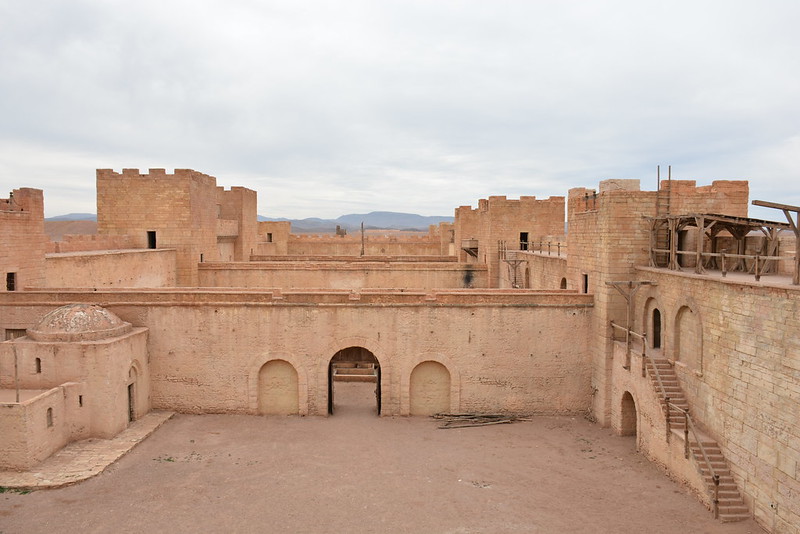 Marrakech is the fourth largest city in Morocco and has also been used in numerous film shoots. Dakhla is a peninsula city on the coast of Moroccan-occupied Western Sahara. The area is popular for aquatic sports such as kitesurfing and windsurfing. We believe Sanaa Hamri may have visited here back in summer of 2021. We don’t know exactly when or where the production will film in these two locations, but we’ll be on the lookout for more details in the coming weeks. 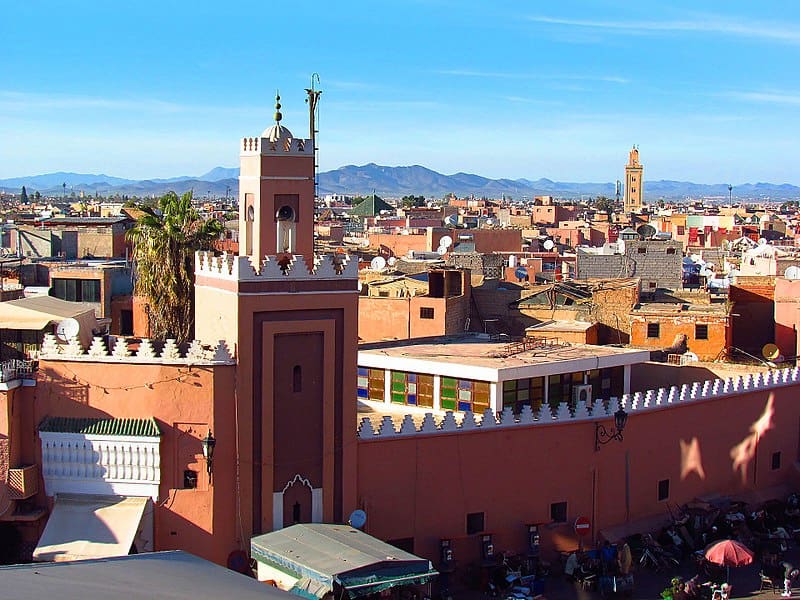 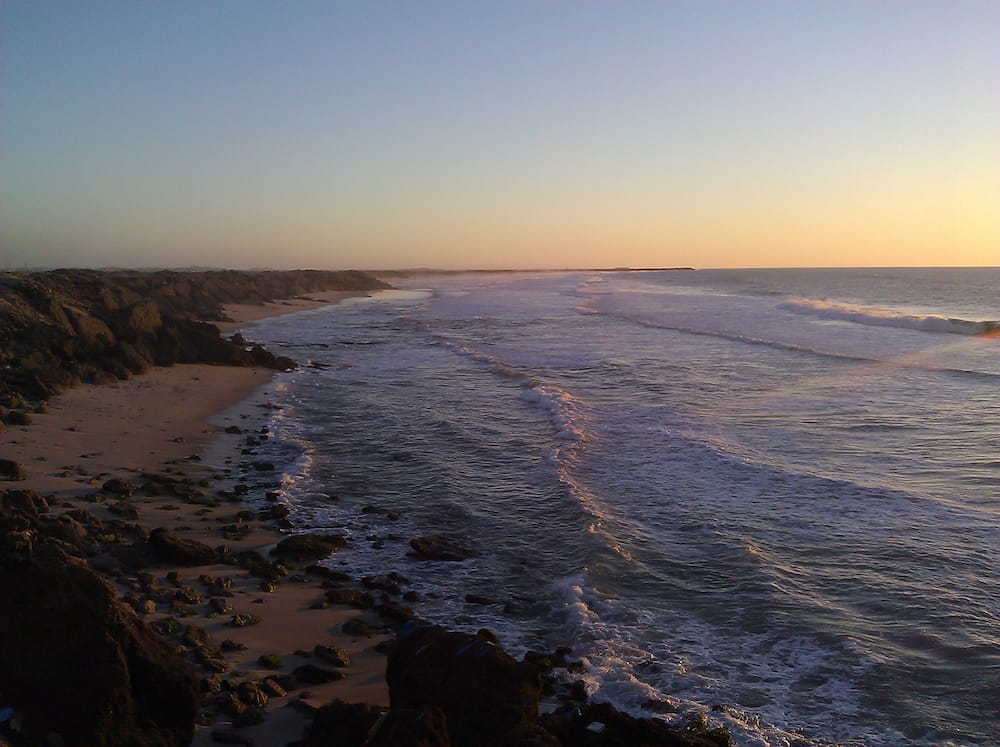 Note: this section contains minor book spoilers for The Great Hunt, The Dragon Reborn, and The Shadow Rising.

Desert locations immediately bring to mind the Aiel Waste. While the Waste doesn’t make an appearance until The Shadow Rising in the books, it’s very possible we could see some scenes in the Waste that show “offscreen” elements of the books, such as the Aiel crossing the Spine of the World, or events like Egwene meeting the Wise Ones in Tel’aran’rhiod could be moved up. During his recent interview with the Empire Spoiler podcast, Rafe did mention that season two will have more Aiel than we might expect. The numerous fortresses could also serve as Falme or the Stone of Tear, which was briefly spotted in episode 6 of season one and is integral to the events of The Dragon Reborn.

The fact the production is using CLA Studios might indicate that there is a specific set already built there that they would like to use, because otherwise it would be logistically simpler to film in Prague at Jordan Studios or at barren outdoor locations in the Czech Republic.

It’s important to note that just because they’re filming now doesn’t mean the Morocco scenes will be part of Block 4. As previously mentioned, director Maja Vrvilo is currently in Morocco, and we believe she is directing Block 3. Director Sanaa Hamri, who we believe is directing Blocks 2 and 4, was also in Ouarzazate in January 2022. This leaves quite a wide range for when we might expect these scenes to appear. We also don’t know which cast members will be in Morocco, but we can likely rule out Madeleine Madden, whose social media indicates she’s back in Australia, Hammed Animashaun, who is back at home in London, and Priyanka Bose, who just wrapped her role in season two. We’ll have our eagle eyes on high alert to look for possible cast arriving in Ouarzazate on March 2!

What do you think they are filming in Morocco? Will we be seeing the Aiel Waste in season two?