A local resident in Zajecov, Czech Republic has posted photos of a set structure which appears to be intended for use in the Wheel of Time show. The post was tagged with show-specific hashtags.

The message accompanying the post states (translated from Czech):

“The gate of time in all its glory from the fantasy series The Wheel of Time… spinning Amazon in co-production with the Czech Republic. The artists built it for 14 days from polystyrene and wood“

Here are three photos of the structure (posted with permission):

A local source familiar with the construction confirmed that the structure will indeed be used to film a scene from the show. The filming will take place over two days in the middle of February. The scenes to be filmed will include actors jumping through this gateway, and horses will be involved as well, making this almost certainly a Waygate.

Below is the original post (username redacted as requested): 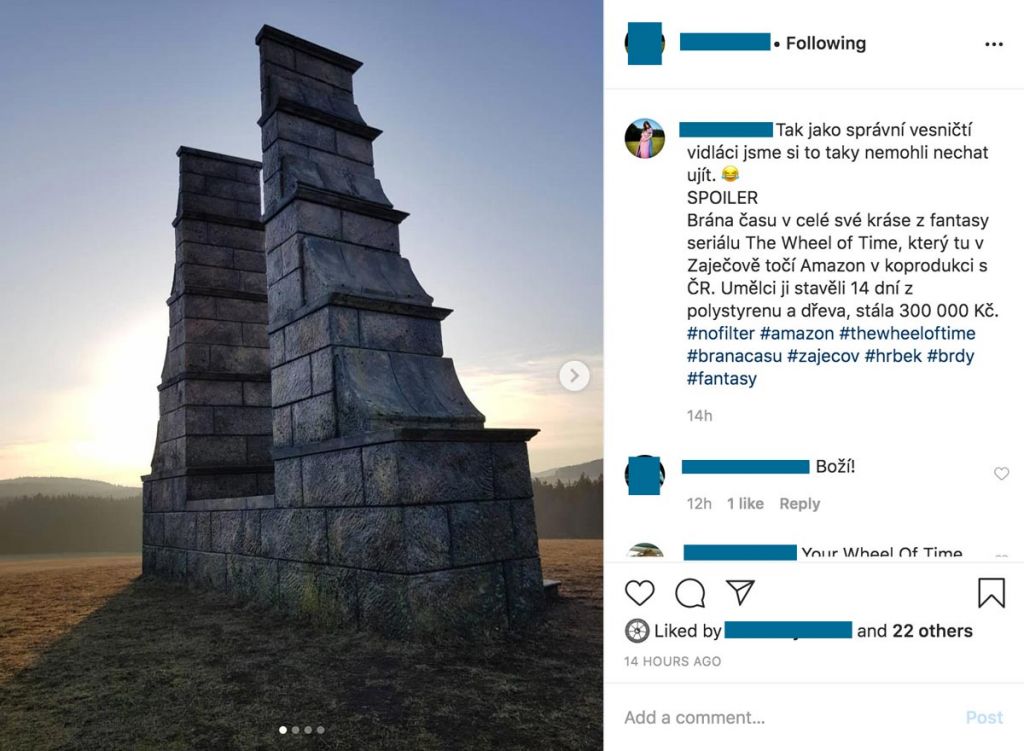 The website of the village where the photos were taken confirms that filming will take place via an update (translated):