Almost every participating actor from the very first table read from Amazon’s the Wheel of Time adaptation has been identified, save for one. Until now. For background, in one of the “Wheel of Time Wednesday” drops that the show used to employ to engage fans, the production released a promotional 55 second video showing clips from the first table read, which covered episode 1 of the first season (and possibly episode two).

After the video’s release, fans pored over it, pausing, rewinding, and pausing again, and screenshotting, and reverse Google image-searching in hopes of identifying some of the unknown actors present. Our very own website watched hours of video before making the connection to Game of Throne’s Michael McElhatton based on (wait for it) his bracelet, and his face, of course.

So, without further adieu, we give you the last of the unknowns, Hoodie-guy, the one, the only, Actor, Singer, Musician… Mr. Michael Tuahine!!!

Michael is an Australian actor and singer/musician.He has a degree in Performing Arts from Australia’s National Institute of Dramatic Art. He has sixteen acting credits between 1999 and 2019.

How He Was Identified

We’ve been posting Michael’s photo periodically across our social media accounts. Twitter user @Geekyeri (yes, the Hunter) retweeted and it caught, we got a hit from user @camillaaustli:

I think he looks like Michael Tuahine, an Australian actor…

Then Twitter user @celticmyst08 (another Hunter perhaps?) found a Vimeo video of Michael Tuahine, and supplied a capture that looks very much like the actor from the table read: 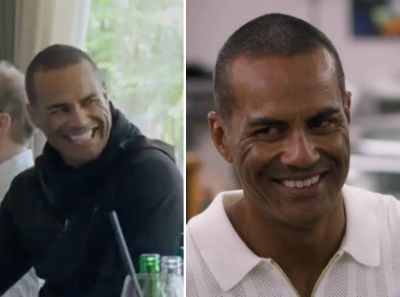 Additionally, we were able to confirm that multiple actors from the table read are connected to Michael across multiple social media platforms.

So now we have a complete list of all those who participated in that first table read. Here’s a graphic showing placement of all participants. And below you will find a list of the group, clockwise, starting with director for episodes one and two of season one, Uta Briesewitz

It is worth mentioning that without confirmation from the production and/or the actor himself or his representation, this is still speculation, although informed. We have reached out to Michael Tuahine’s talent agency for conformation but our message has yet to be returned.