A photo posted to Instagram tells us the name and writer of episode five of season one. The episode is written by Celine Song, a writer already associated with the show. The episode will be called “Blood Calls Blood”, which is the title of chapter 7 of “The Great Hunt”.

The photo was posted by Priyanka Bose, who plays Aes Sedai Alanna Mosvani. Given the name of the episode and knowing that Alanna will be in it, this episode might involve helping Mat with healing from the effects of the dagger. This should follow or include the escape of Fain from Fal Dara, given that “Blood Calls Blood” is a phrase repeated in what Verin believed was Prophecy for the Shadow. Verin had copied it and reads it out loud to the Amyrlin.

The Director for the episode is revealed to be Salli Richardson-Whitfield, which wotseries.com has previously reported to be directing episodes with cast member Emmanuel Imani, who plays Alanna’s warder, Ihvon.

The following is an ordered list of known episodes: 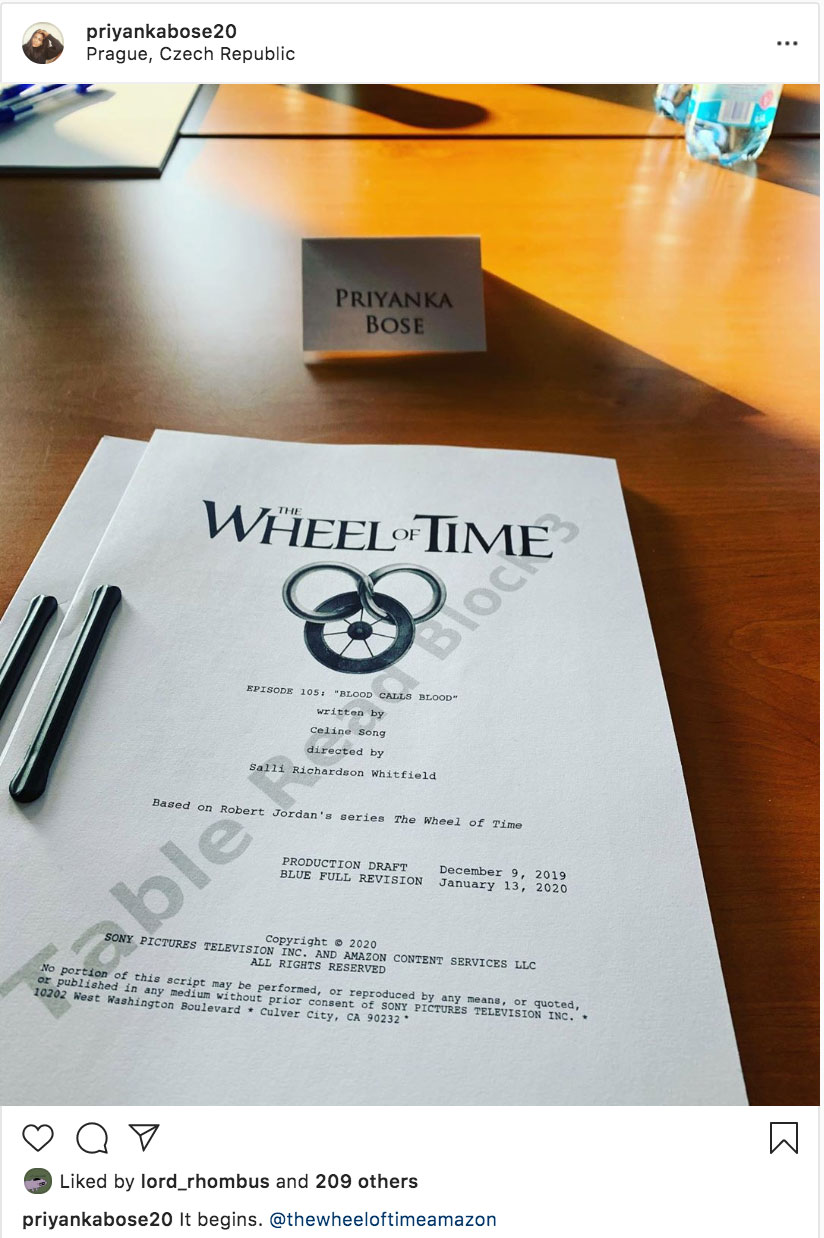 Show runner Rafe Judkins had announced Celine joining the writer’s room in a Tweet back in December of 2018. 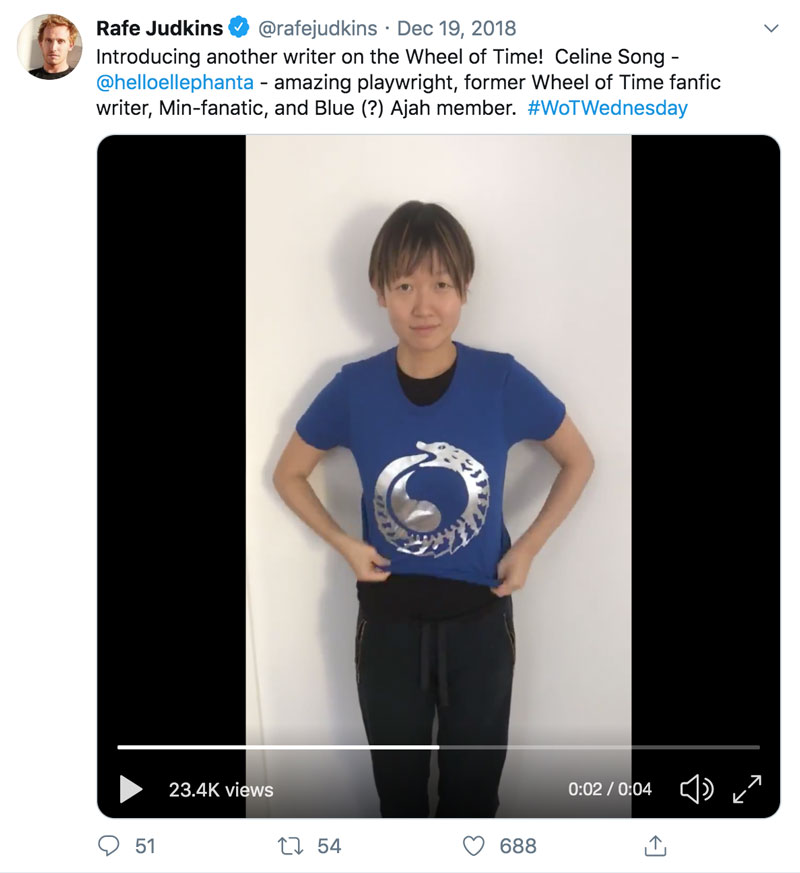