On December 3rd, 2021, Episode 5 of The Wheel of Time will be dropping. The episode is titled “Blood Calls Blood,” written by Celine Song, and directed by Salli Richardson-Whitfield. Here is our spoiler free review.

After the whirlwind of emotions that was episode four, I think that this episode really allowed some room for the audience to take a deep breath and have some intimate moments with the characters. In this episode we get to see Stepin, played by Peter Franzen, go through the emotions of a warder losing their Aes Sedai. I think Franzen does a great job showing off the intense pain and other complex emotions. His interactions with Lan give insight into his backstory and provide more depth to the concept of the warder bond.

Perrin and Egwene encounter some bumps in their journey, and through these developments, we get a standout performance from Madeleine Madden as Egwene. Book readers get to see the confident, caring, and defiant Egwene they love. Marcus Rutherford also really gets an opportunity to let loose and bring Perrin’s inner turmoil to the forefront. We also see Perrin finally take a step towards stopping internalizing all the trauma he has experienced.

Kate Fleetwood continues to shine as Liandrin, bringing depths to the character beyond what is seen in the books. It’s clear Liandrin is still trying to manipulate events, but we are still unsure as to her ultimate goals and allegiances.

Finally, we are introduced to fan-favorite character Loial, with a great performance by Hammed Animashaun. I really enjoyed how he brought Loial to life. He nailed the mannerisms, voice, and way of speaking that I pictured in my head while reading the books. 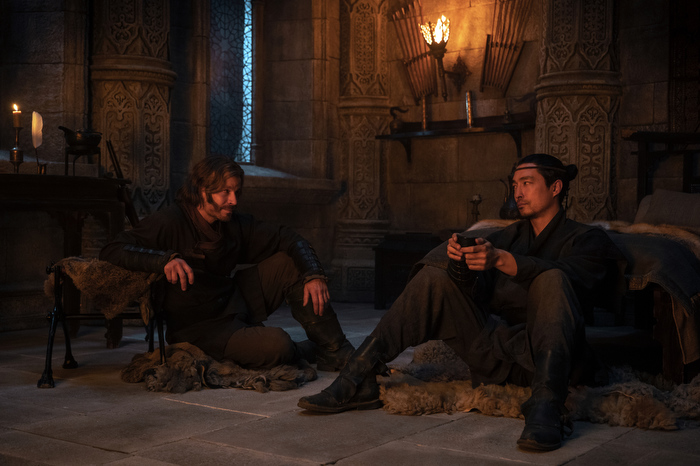 This episode has solid writing and slows down the plot a little to give us more of those intimate character moments I mentioned before. I think that the slowing of plot for more character moments is a good trade-off in this episode. It allows us to see more of the Aes Sedai politics and social interactions within the White Tower, which was a good choice to introduce this element earlier than in the books. And as I said above, we get to see Perrin deal with his grief a little in this episode as well, thanks to the focus on the character work.

There is one scene that stands out to me as peculiar, though I am not sure if it is a writing or direction issue. I assume this scene was included to flesh out a particular aspect of the world, but I don’t feel that it really conveyed to the audience what the production team wanted it to, and honestly it left me a little confused after watching.

This episode is our first time in the Tar Valon exterior and White Tower interior sets. Such impressive sets are worth a mention in this review. The level of detail and artistry that went into the design is truly incredible. This feels like it could be a real city street somewhere in history. The White Tower interior is also beautiful, every bit what we pictured from the books. Our only issue with the city sets is that they feel a bit small. While it’s more practical to build an exterior set with narrow, windy streets, since you can shoot a variety of angles, it can have the side effect of looking set-like. Inside the Tower feels the same way; without some connecting locations like the grand entrance hall or even the Tower grounds, it feels like we’re jumping from set to set rather than in a real place. This is a common problem in fantasy film and television, though, so I can’t be too nitpicky.

The costume design really shone in this episode as well, as it’s the first time seeing a wide variety of cultures in one location. The detail in the costuming for the Tar Valon extras is incredible, even though they only appear for a second or two on camera. We also get our first glimpse of Novice white. 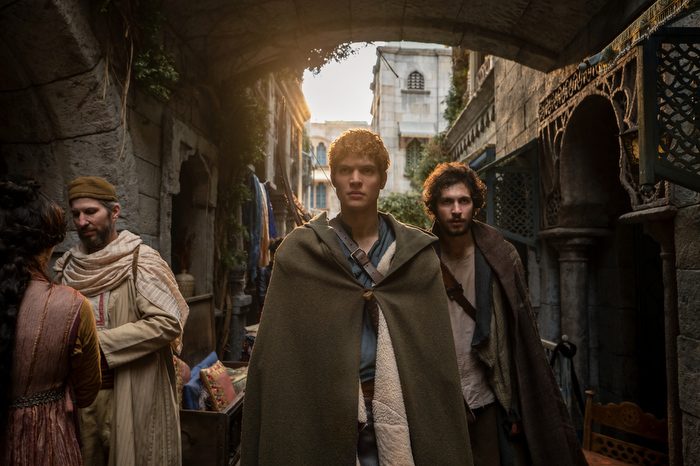 I think this is a very good episode that might suffer from premiering after episode 4.  It is also one that I think audiences will enjoy more upon multiple re-watches. This episode accomplishes a lot of important character work and begins expanding the world more with the introduction of Tar Valon. They are clearly adapting the entire series rather than the first book, and laying the groundwork for big payoffs in the future.